Garden Fence Boundaries are often determined by examining the type of fence and its location, and applying Common Law boundary presumptions, fencing protocols and/or building conventions, i.e. by firstly determining the physical boundary, and then by looking at the legal boundary in the documents registered at the Land Registry.

The legal boundary of a property is first determined by looking at the Title Register and Title Plan. These are the main ownership documents created by the Land Registry when the property is registered.

The A section of the Title Register contains a description of the property, normally by using its address and referring to the Title Plan where it is overlain on an Ordnance Survey map and edged in red. Where the property has no postal address the Title Plan assumes greater relevance, although the Register will describe the land by using references to features such as adjoining roads, compass points and volume. The two documents should always be read together, and especially so when it comes to determining boundaries.

Ordinance Survey produce large scale maps of the country. Individual properties are separated with a black line, which is drawn by OS as an approximate boundary position looking at it from an aerial view. Any scrutiny on Google satellite view of a property will demonstrate the difficulty in drawing a boundary line based on an aerial photograph, as it is often hidden or obscured by tree and hedge foliage. Accordingly, the legal boundary of a property can only be shown in approximation, and as the Land Registry use this map as the base for creating a Title Plan it follows that the Title Plan is not precise.

Further, Land Registration legislation provides that the Plan is to be shown in a general way only, i.e. it is meant only as a guide. The plan should be used as a starting position. It will show any land removed from the Title (edged in green), e.g. land that was sold off in the past and has now been registered with its own Title.

Sometimes the Title Plan will contain T or H marks. The bar of a T mark denotes the land having ownership of the boundary. An H mark indicates joint boundary ownership. The Land Registry have power to determine a Boundary, i.e. to fix it as precise and permanent but will only do so once the neighbours have agreed the boundary position and applied to them for a Boundary Determination, provided they agree with them. If a boundary has been determined the Title Register and Title Plan will state as much.

The above demonstrate the need for the Title Register and Title Plan to be the first documents to be examined. However, more detail can usually be obtained by examining the old Conveyancing Deeds. The Land Registry have copied many of these, storing them digitally, and have made them available to purchase.

Conveyancing Deeds often have Deed Plans attached to them and sometimes they contain boundary measurements. They are considered by the courts to be a persuasive source of extrinsic evidence, i.e. although not the official ownership documents, they are nevertheless useful in determining boundary positions. Deed Plans also frequently contain T and H marks and more intricate detail of where the boundary lines lay in relation to physical features existing at the time they were created. 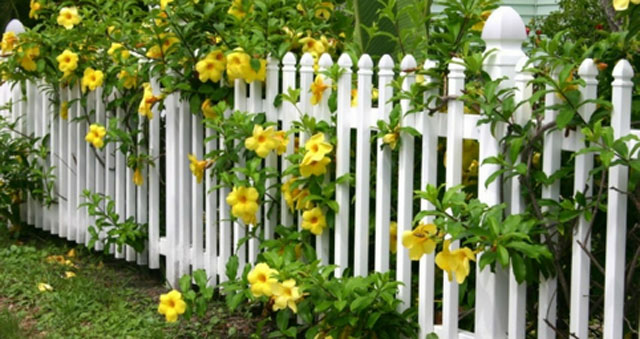 The physical boundaries are seen by inspecting them from within and without the property. This is the more useful approach with garden fence boundaries as the type of fence needs to be examined with reference to its placing on the ground. The results of any such inspection would be overridden by a contrary indication shown by the legal boundary in the Register and Plan where there was a conflict.

The inspection should include, where appropriate, extending the line of a clearly defined wall boundary to the end of the garden, and noting whether it passes to the left, right or centre of any garden fencing (or hedging).

There is no presumption in this country that one neighbour owns the fence on the left and one on the right. Such a rule would cause confusion for the end properties, as one of the end owners must own both boundary fences.

Legislation dealing with fences, where it exists, is not aimed at resolving boundary disputes. Accordingly, to determine physical boundaries one needs to have recourse to the Common Law, to Fencing Protocols and Fencing Conventions.

The Common Law, simply stated, consists of decisions of the higher courts of our country, i.e. the Supreme Court of Justice and the Court of Appeal. Decisions of the higher courts bind the lower courts to follow suit, unless they can distinguish the facts of the case sufficiently to warrant a different decision, and even then, that decision might give rise to an appeal to a higher court on the grounds that one of its earlier decisions should be followed instead.

Court Decisions from other Countries

Decisions from other countries such as Canada, the USA and Australia, where there is no English case dealing with similar facts, may carry persuasive influence.

These are not matters of law and carry no weight at all in that regard. However, it can usually be presumed that fencing has been erected in the traditional way, simply because that is the way a fencing company would normally erect it, and the way the customer would normally require it. That does not mean, however, that the builder has followed protocol.

Needless to say, this is one of the most useful methods of determining the position of a fence boundary with a degree of accuracy. 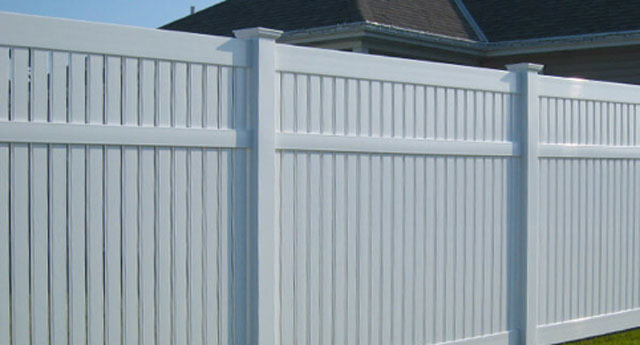 Some fences have supporting struts on one side only. It would be normal to erect the fence with the struts facing into its owner's garden. This would normally be his preference as the struts would not stray onto his neighbour's land (unless he were to place the struts abutting the edge of the boundary, in which case he would lose some of his own land).

Where the struts are centered on the fence, it would be normal to place the fence and struts within his own garden. 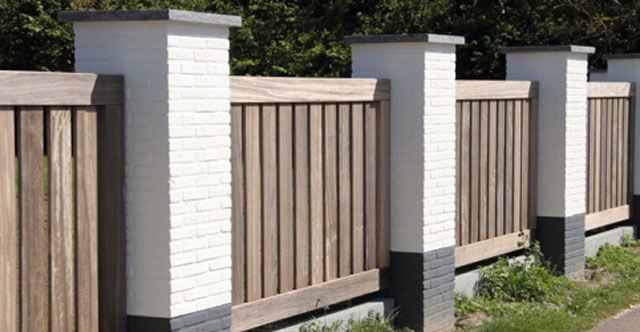 Supports for party walls are usually buried below ground, with the centre line of the buried support being mid-way between the two properties. The Party Walls Act anticipates the same and this would also normally be the case with fences that have solid foundation supports. They would be buried below ground, midway between the two properties. The uprising pier, however, would be entirely within the owner's own property, so if there was a capping to the pier, the entirety of it would be placed within the owner's garden.

The supporting beams of the picket fence would normally be positioned on the owner's side of the fence.

There may be a double row of fencing, as where an older fence has been replaced by a newer fence. It would be presumed that the newer fence is on the owner's side and that the older fence marks the original boundary position.

This often has an overhanging section. The whole of the fence should, by convention, be within the owner's property.